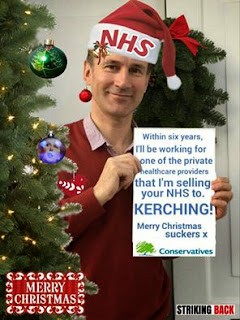 Posted by Jemmy Hope at 8:08 pm No comments:

"Palestinian and foreign activists and journalists within the 40 kilometer-long strip of open-air prison tweeted and live-streamed images more horrific than the best Hollywood productions. Weathered journalists broke down sobbing at the sight of Palestinian civilians, especially children being targeted like prey by one of the world's most wickedly powerful armies and navies. Doctors who have seen the mutilated corpses and scarcely-living bodies of Palestinian elderly, men, women and children many times before were yet still appalled by the brutality of these latest attacks."

Eva Bartlett
Posted by Jemmy Hope at 2:50 pm No comments: 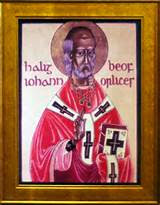 A few years ago, I can't remember the year, I was following the Tour de France on a circuit that passed through Brittany. One place name on the route intrigued me, Saint-Jean-Brévelay. Who was this Saint John? The full name was reminiscent of Saint John of Beverley, an early medieval bishop in my home territory.
Saints featuring in Breton place names have a variety of origins, but usually, as far as I could tell were Celtic, Ronan (Irish), Aneirin (British), etc. John of Beverley was an Anglo-Saxon and had never visited the ancient nation of the Bretons. So how did his cult take root here with enough devotion for him to leave his mark on the topography?
As sometimes happens I found the answer among the literature lying about at home while looking for something else.
An article in "The East Yorkshire Historian", volume 4 (2003) was entitled "The Life and death of St John of Beverley". It was by Pamela R. Hopkins.
I quote -
"Abroad, by the eleventh century, his feast day was included in Breton church calendars at Vannes and Nantes. Saint-Jean-de-Brevelay (sic), in Brittany, claims to have part of the skull of saint John of Beverley. Susan Wilson, in her thesis The Cult of saint John of Beverley states that these relics could have been given by King Athelstan to his godson, Alain Barbe-Torte, when he returned to Brittany to reclaim his land, after having taken refuge at Athelstan's court for many years."

Athelstan was "King of the English" in the first half of the tenth century.
Alain Barbe-Torte, Duke of Brittany, died 952.
Wikipedia gives the name of Saint-Jean-Brévelay as Sant-Yann-Brevele in the Breton language. No date given for the founding of the settlement.
It appears, surprisingly, that neither the Yorkshire town nor the Breton commune have considered twinning.
Posted by Jemmy Hope at 9:05 pm No comments:

The story behind a song; the creative process, the influences, the contributors, the differing memories and accounts. I love it. I love the song, I love the video, and I miss Kirsty MacColl.
Here
Posted by Jemmy Hope at 2:46 pm No comments: 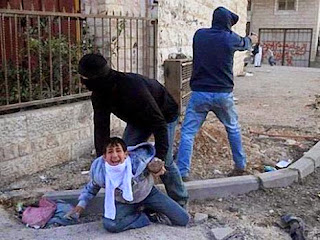 More of the same - these provocateurs pretend to be Palestinians, then kidnap children. Anyone who tries to rescue this poor kid is threatened with shooting.
We are witnessing the accelerating disintegration of Ersatz Israel, a failed experiment in colonisation, and transplantation of populations. Many innocents on both sides will suffer in the coming débacle. Palestinians like this lad at the moment, but when the opportunity for retribution presents itself can we expect to avoid bloodshed and persecution?
Posted by Jemmy Hope at 3:38 pm No comments: