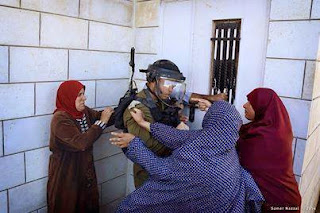 Look out, Israel, the headscarves are on the offensive!
Posted by Jemmy Hope at 9:31 pm No comments: 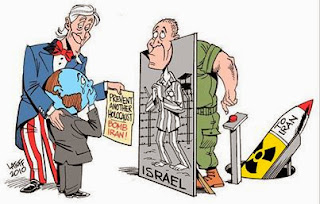 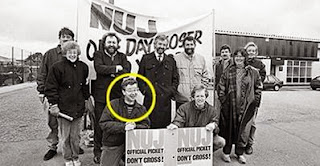 WAYHAY!
I came across this today, courtesy of one Ellie Flack. I'm betting she's a teacher.
I've been enquiring about the activities of someone once known in his native Aberdeen as "Red Mike", without success. The search goes on.
Posted by Jemmy Hope at 8:38 pm No comments: 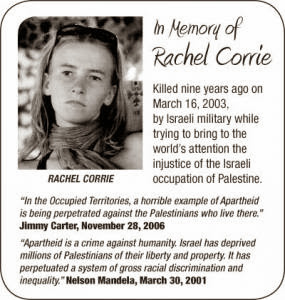 Posted by Jemmy Hope at 8:26 pm No comments: 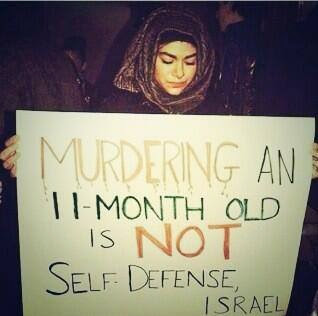 MEANWHILE AT THE BBC ... 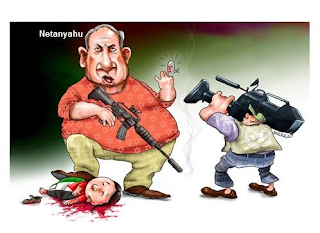 Posted by Jemmy Hope at 3:16 pm No comments: 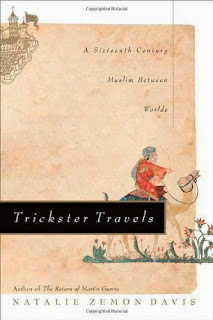 Yesterday I was trawling round the charity shops. The haul was one map and two books. Now one of the books was a hardback in mint condition, £2.50, original price £20.00. The author is Natalie Zemon Davis, a name new to me; the title is "Trickster Travels: in search of Leo Africanus sixteenth century Muslim between two worlds".
The name Leo Africanus was recognisable, some kind of Renaissance historian. That was it. I checked the inside back cover for information on the author, "one of the most influential historians alive". Get away! And I'd ever heard of her, but I had heard of one of her works, "The Return of Martin Guerre", which I thought had been written by a French academic. Wrong, James!
Looking inside I found a work very much to my taste; 270 pages of text, 102 pages of notes, a four-page glossary of Arabic terms, and a 27 page bibliography. That's a real scholarly work. The list of acknowledgements was longer than the Litany of the Saints, so many wise heads had helped in the period of incubation and creation, so many had pored over the finished text and nodded approval. This historical work comes with a guarantee (insofar as such is possible in the reconstruction of a life lived so long ago).
One acknowledgement - more, a dedication - engaged my curiosity and led me to search for an explanation.
I quote it.


"This book is dedicated to Chandler Davis in appreciation for his innumerable discussions with me about its themes and his tireless reading of drafts, and even more in tribute to all he has done over the decades to help our earth become a place where peoples can live together in peace. Whether travelling the globe or locked in a prison cell, he has never lost faith in a future in which, greed, violence and political repression might give ground to justice, negotiation and an unhindered quest for the truth."

Amen to that. I am lost in admiration for author and dedicatee, and I'm only on page 19.

Chandler Davis
Posted by Jemmy Hope at 8:35 pm No comments:

That sector of the US Stasi known as Hotmail has shut me out of my email account. I sign in and am asked to type in my codeword. I haven't got a codeword, or maybe I have. It seems that Hotmail has sent a codeword to my email account, so all I have to do is log in and learn what it is.
I wonder what overpaid cretin thought that one up.
So I go for help. It's your password I'm told. Change your password and the problem's solved. So I change my password and sign in. Type in your codeword, I'm told.
Baszom az anyát! I reply (in English, of course, but I don't wish to offend those who haven't offended me).

Before I ever had a computer or email I'd heard bad stuff about Hotmail and other Stasi linked IT outfits. I didn't choose Hotmail, a librarian set up an email account for me so I could reply to some messages passed on to me by fellow workers in dispute with their employer. Naturally he chose the best known facility, and I didn't bother to change it. To lose the account would be no great loss, except for a couple of folders of correspondence on historical and biographical subjects. Also, my grandchildren send me photographs attached to emails. Have I made copies them all?

Maybe getting out of Hotmail/NSA is no bad thing. But I'd like to salvage a few items before I bow out.
Posted by Jemmy Hope at 8:36 pm No comments: 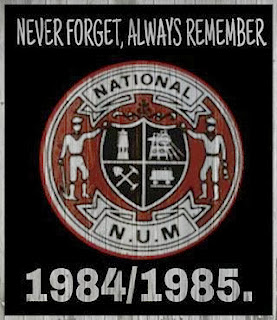 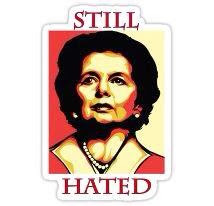 Thirty years on, the cover-up continues.
Posted by Jemmy Hope at 9:01 pm No comments:

"The Panama invasion, and the overthrow and arrest and removal to the US of Panama’s elected President Manuel Noriega, is particularly instructive, as it involved protecting a strategic US overseas base — the US Canal Zone — much as Russia is protecting its naval bases in Crimea, operated under a long-term lease from Ukraine but threatened by the recent Ukrainian coup. The US, headed at the time by President George H.W. Bush, invaded Panama under the pretext of protecting Americans in that country, but the attack (which had been planned well in advance of any threats to Americans) quickly morphed into an overthrow of the Panamanian government, the arrest of its leader, and the installation of a US puppet leader."

I note that the BBC is calling the kleptocrat Yulia Tymoshenko a "dissident". As with the gangster-kleptocrat-dissident Berezovsky, now departed from our midst.
Posted by Jemmy Hope at 9:06 pm 2 comments: