"A majority of people believe that benefits should be cut, they have swallowed the Tory lies. Housing benefit rose by £1 billion last year and you are lead to believe that it went to the lazy workshy or to single mothers or to drug addicts. In fact 98% went to people who are actually in work! The continuing shortage of housing and landlords greedily ripping off the State are the reasons behind this incredible increase; to cut benefits is to tackle the problem from completely the wrong end."
Posted by Jemmy Hope at 7:55 pm No comments: 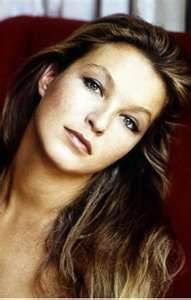 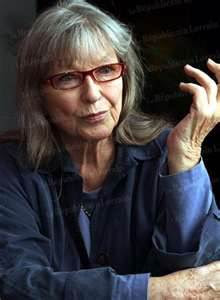 Last year, aged 73.
Sod the scalpel, bugger the botox, grow old gracefully. This lady looks like a real person, one who has lived; not like some mad scientist's attempt to improve on nature. An attempt that must be repeated until grotesquerie sets in. Remember the Franju film, 'Eyes Without a Face"?

So, Comrade Marinka.
Posted by Jemmy Hope at 7:50 pm 2 comments: 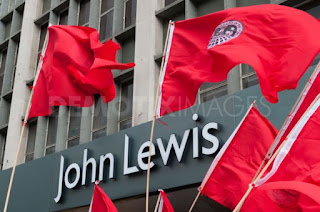 Photograph Peter Marshall; more can be seen accompanying the linked short report.
Posted by Jemmy Hope at 2:00 pm No comments:

Well, well!
They've attempted to assassinate the British Ambassador. They've bombed the US Consulate. They've kidnapped a delegation from the International Criminal Court sent to interview Seif-al-Islam Gadhafi ...
but look on the the bright side, the oil's still flowing, so these are the good guys.

"Since last October, the NTC and other anti-Gaddafi forces have been blamed for the inefficiency in the public sector, the widespread corruption which has resulted in billions of dollars being stolen from both private industry and the fragile government, and the general lawlessness prevailing throughout the country. Libya has descended from having the highest standard of living on the African continent to burgeoning poverty and social discord."

Posted by Jemmy Hope at 7:28 pm No comments:

I was in a store today with my missus who was buying a pair of slippers. She chose a purple pair and said "I've never taken any notice of footwear superstitions."
This was a new one on me, so I asked her what she meant. "Purple", she explained, "used to be a mourning colour, so you don't wear purple. I once bought a pair of green shoes in a shop on Hessle Road, and the shopowner asked me where I was from."
Hessle Road, where my missus was born and raised was a fishing community and pishrogues, as I call them are attached to almost every aspect of life - dress, language, food, even making a bed has its perils.
On language, the words "pig" and "rat" were never to be uttered. I even heard of someone who wouldn't use the word "bacon" because of its association with pigs, though it didn't stop them eating the stuff. Pigs are "grunters" or sometimes "chackies", the last being a child's word. Rats are "longtails" or, according to Alec Gill, "Bradford Lads", usually shortened to Bradfords. What the men of Bradford had done to deserve this honour is a mystery.
The customs surrounding men leaving for a trip were numerous and, to me, weird. Cats had to be placed somewhere where they couldn't be seen. Waving goodbye was taboo, and the trawlerman leaving home must not look back. His clothes cannot be washed on the day of sailing.
Here's a strange custom from Alec Gill's "Hull's Fishing Heritage" - "After dad left the house, she threw his slippers at the door to 'ensure that he'd come back safely to wear them again'." From the same source another taboo - "never hang three sheets together on a clothes-line - a sign of death at sea." Presumably two sheets for a bed, the odd one for a shroud.

In spite of the green shoe incident I know my wife thinks that green is an unlucky colour, and is a little hesitant when buying green clothes. Some other pishrogues she subscribes to, though with varying degrees of conviction -
Don't cut a child's nails before it is two years old or it will grow up to be a thief; bite the nails if they need trimming.
Don't let a child under two years old see its reflection in a mirror or it will grow up to be vain.
(I should point our that these two went by the board as she raised her own children.)
Don't cut your own hair - unlucky.
Don't stitch on a Friday or a Sunday. Every stitch is a needle in the Lord's side.
(Not quite sure which Lord, presumably J.C. who would have had a side)
No pictures or ornaments featuring birds in the house. Birds, including live pets, are unlucky.
Et cetera, et cetera, ad nauseam.

I don't think that last bunch of pishrogues had anything to do with the fishing community. I believe they were inherited from her benighted rustic forebears. These things always seem to come down in the female line.
Posted by Jemmy Hope at 4:03 pm 5 comments:

Foreign Secretary Hague - who shares his bed with young men to save money - tells us that Syria is "on the edge of civil war". Silly me, thinking that Syria was right in the middle of a civil war.
Hague thinks civil wars are wrong and should be discontinued in favour of international conflict, which is always right when promoted by NATO. He looks at Syria and sees the Balkans in the 90s. He once, famously, looked at Libya and saw Venezuela.
We keep hearing this comparison lately Syria = the Balkans. Funny that nobody suggests that Syria = Libya.
Meanwhile in Libya the oil is secure and midwife NATO is seeking other destinations for its ordnance. No longer Natostan - the midwife's gory work is done - the country is turning into a collection of mini-fiefdoms controlled by (say it softly) armed gangs.
So let's forget Libya and concentrate on somewhere else that NATO wants to bomb.
Posted by Jemmy Hope at 4:05 pm No comments:

Wiggins wins the Dauphiné. Is he ready to take the big prize, or has he peaked too early?
Posted by Jemmy Hope at 4:31 pm No comments:

If only "Jumpin' Jim" Gavin, who understood the costs of combat, was still around to counsel Barack Obama about the lessons of Hürtgen and perhaps gently guide our commander-in-chief away from his current love affair with high-tech, kill-at-a-distance drone warfare – so bloodless, so intellectual, so glory-seeking … and so self-defeating. Obama, who, his aides tell us, has a "death list" printed on baseball cards listing which foreign enemies (and/or family) to obliterate with his thunderbolts, would have been at home at the battle of Hürtgen, behind the lines in some distant war room, poring over a map and brooding, brooding.
(Clancy Sigal)

Hürtgen, that's a chapter of World War 2 we hear little about; I should say, that I've heard nothing about.
Posted by Jemmy Hope at 8:34 pm No comments:

Tarry a minute on Prince [Molly Prince of Close Protection UK], before we get on to the commissioning splice that led to two different organisations being paid for this stewarding, while some stewards themselves got paid with a bag of wet carbohydrate. She has been director of nine different companies since 2006, all of them in the same business – Event Safety Solutions, Angel Event Solutions, Voluntary Event Services, LDCUK, and others – many of them running from the same Wigan address as CPUK. Each has been dissolved. On the face of it, we are looking at someone who sucks at running a business.
(Zoe Williams, Guardian)

Sucks at business - or is a crook?
Posted by Jemmy Hope at 8:04 pm No comments:

"Two jobseekers, who did not want to be identified in case they lost their benefits, later told the Guardian that they had to camp under London Bridge overnight, to change into security gear in public, had no access to toilets for 24 hours, and were taken to a swampy campsite outside London after working a 14-hour shift in the pouring rain on the banks of the Thames on Sunday."

("Jobseekers" is weasel English for unemployed.)
Posted by Jemmy Hope at 8:18 pm No comments:

I know I'm really old when one of my sons is so old that his musical heroes are selling out to 'THE MAN'.
First there was John (Rotten to the core) Lydon pimping for some grocer.
Then there's the Red Hot Chili Peppers giving aid and comfort to Apartheid Israel, doubtless in return for a barrowload of blood money.
Then Madness submit their humble petition for OBEs all round by embracing the monarchy and joining yesterday's Circus of Horrors.

Speaking of the Circus of Horrors - my missus watched some of it and she reckons that Paul McCartney is beginning to resemble Ken Dodd.
Posted by Jemmy Hope at 7:51 pm No comments: 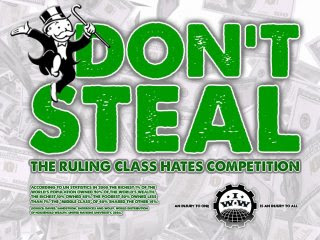 Copyleft Melbourne Wobblies
Posted by Jemmy Hope at 10:38 am No comments:

I haven't posted anything here for more than a week. My mind has been elsewhere.
Here's an update -
Politicians are still criminals fronting for master criminals.
The mainstream media are still weapons deployed in the class war by the master criminals, and operated by petty criminals.
The Middle East continues to be the region where the master criminals wreak havoc in order to control the oil supply, and create markets for their arms industry.
People continue to die of starvation and preventable diseases in various regions of the planet.
The Irish, given the opportunity to express disgust at the crimes of the confederacy of bankers, bureaucrats and politicians, voted for poverty and immmiseration. It appears that they regard the Great Famine, the Black '47, as their finest hour.

So, nothing new under the Sun.

To add personal insult to universal injury, my MP3 has given up the ghost.
Posted by Jemmy Hope at 12:40 pm No comments: