A couple of things I read recently that resonate -

"Most of the Saatchi-type art actually is a form of self-advertisement by the second-rate." Roger Scruton.
I find myself in agreement with the mad professor; dangerous territory. Scruton versus Saatchi, divergent approaches to the undermining of civilised society.
Posted by Jemmy Hope at 7:54 pm No comments:

I have to repost this comment on the Chilcot Inquiry which I read on Craig Murray's blog. It was made by one Mike Cobley -

As soon as I saw headline claiming that the new enquiry will be open and wide-ranging, I immediately recalled the old saying, 'Dont believe anything until its been officially denied', the corollary being in operation in this case. Also, it seems that Blair has agreed to give testimony at it, and that puts the seal on it. If that cheese merchant is happy to appear before it, then it aint worth a rancid toad fart. QED.

Posted by Jemmy Hope at 2:21 pm No comments:

"The tribunal decided back in December that Driscoll had been both unfairly dismissed and discriminated against on the grounds of disability, but only yesterday did the amount of compensation which Driscoll was awarded come to light. The tribunal decided upon a quite staggering £792,736, which with legal costs will probably amount to a total bill to News International of around a million. Adding in the costs of settling with Gordon Taylor and two others over the phone hacking allegations, Coulson has cost Murdoch in total around £2,000,000. For someone who despite being fabulously wealthy is remarkably parsimonious when it comes to others spending his money, Murdoch senior (and doubtless also junior) will be seething."

"few doubt that Coulson has been at the heart, not just of the discussions behind the Sun switching support to Cameron, but also at the far more significant negotiations concerning the almost wholesale adoption of policies to the benefit of News International, whether it be the quick abolition of Ofcom, one of the few quangos to be directly identified by Cameron as to be hurled onto the bonfire, the attacks on the BBC or the removal of the fuddy-duddy idea that television news has to be impartial, swiftly leading to the transformation of Sky News into a version of Fox News which America knows and loves and which Murdoch senior has long wanted to do. Also likely to be dismantled are the rules on media ownership, with Murdoch probably swallowing ITV whole, although the Sun seems to treat the channel as part of the family already regardless (although the Sky shareholding of 17.9% helps)."

Posted by Jemmy Hope at 3:51 pm No comments:

To return this man to his country with its dangerous human rights record “would be devastating for him, his family, indeed it could prove fatal”, pleaded Johnson. “There are few cases where we need our system to work more than this one.”
But last month the 35-year-old was returned to that very country, thanks to none other than Alan Johnson, home secretary and prize hypocrite – according to Labour activists in his constituency (where one has given up his lifelong Labour party membership in protest.)

From a piece in the current 'Private Eye' (1249) which can be read, along with additional information, here.
Posted by Jemmy Hope at 4:29 pm 4 comments: 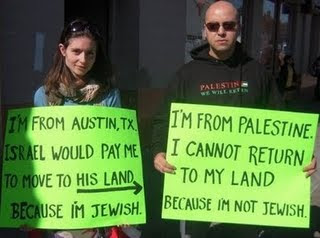 Posted by Jemmy Hope at 3:34 pm No comments:

Larry Gambone has published a collection of aphorisms that, he writes, are the result of his 64 years on this planet. Here's a few, just as a taster -

The word economics is a synonym for ideology.

If you think everything in government, the media and the economy is a racket, you will be correct in most cases.

( Note: "First Nations", the term Larry uses on occasion, is the name Canadians now use for their country's original inhabitants.)
Posted by Jemmy Hope at 7:55 pm No comments:

Survey in Le Monde
Did the French deserve their place in the World Cup competition?
Yes, 11.5%
No, 88.5%

My curse on you, Titi, you've given the English hacks the chance to whine on and on about the Hand of God. Talk about Victim Culture ...
Posted by Jemmy Hope at 3:37 pm No comments:

We (the missus and me) got a letter this morning asking us what kind of country we want to live in. It came from Mr. Nick Clegg, a member of Her Majesty's secret, and unelected, government, the Privy Council.
Now I always assume that the role of a Privy Councillor is to maintain the status quo and defend it by any means necessary, so I expect nothing to my advantage form that direction.
Mr. Clegg always reminds me of a PR type, or someone out of an advertising agency, skilled in peddling detergent to the unwashed masses. So knowing nothing of his form I looked him up on wikipedia; he's not an adman after all.

"Nick Clegg was born in Chalfont St Giles, Buckinghamshire in 1967, the third of four children. His half-Russian father, Nicholas, was a banker, and is a trustee (and former chairman) of The Daiwa Anglo-Japanese Foundation. His great-great-grandfather, the Russian nobleman Ignaty Zakrevsky, was Attorney General of Senate in Imperial Russia. His great-great aunt was the writer Baroness Moura Budberg."

"Clegg was educated at Caldicott in South Buckinghamshire, then Westminster School in London ..."

"In 2008 it was reported that while at university, Clegg had joined the Cambridge University Conservative Association between 1986 and 1987, with contemporary membership records citing an "N Clegg" of Robinson College. (At the time, Clegg was the only person of that name at Robinson.) However, Clegg himself later maintained he had 'no recollection of that whatsoever'." [The ubiquitous politian's amnesia]

A leaflet accompanying the Clegg communiqué shows a soldier in combat gear with the line "They are putting their lives on the line for us". No they're not Cleggie, they are fighting for the American Empire. So you think that by lying to us you'll garner votes - nothing changes at Westminster.

I wasn't crazy about Charlie Kennedy, a bit of a mountebank, but at least he wasn't a product of the Blair Academy for Lying Bastards. He had to go because he led his party in opposition to the Iraq misadventure. As you were - he had to go because he was overfond of the booze. Funny, so was Thatcher, so was Churchill; how come they didn't get the heave-ho? I think I'll stick to the Iraq line.
Thank you, Daisy McAndrew, you treacherous cow. Know any more drunken politicos? No? Old Chas must have been the only one.
Posted by Jemmy Hope at 2:15 pm No comments:

This from Mick Hall's blog -

"East Enders ... is set in East London, an area which has tens of thousands of decent law abiding council and housing association tenants, yet not a single character portrayed in the show lives in a council or housing association property, they all either own their own home or rent from the private sector. (What worker could afford to buy a home in east London today?)
"This lack of reality is not a mere oversight, there has been a sea change in the BBC’s portrayal of working class people since East Enders first appeared on our screens, and today the show undoubtedly reflects this.
"When East Enders first hit the TV screens, out went the mockney middle class actors who portrayed working class people as stereotypes and spoke like Dick Van Dyke in the movie Mary Poppin’s. The producers of East Enders searched out actors who came from a working class background. Not anymore, if you look at any of the characters who have come into the programe in recent years they are almost exclusively played by middle class actors, this is especially true of the children. Market trader and fly by the seat of his pants businessman, Ian Beal’s, has kids who all speak as if they went to an English public school or County grammar, despite in the programe supposedly attending the local comp. The same is true of the Asian family in the programe, even the villains are now played by middle class actors.
"These days, the only time council tenants are portrayed on TV is as victims or villians, living on sink estates, surrounded by joy riders, lumpen drug dealers, violent hoodies, benefit fraudsters, and various other forms of supposed low life."

Posted by Jemmy Hope at 8:06 pm No comments:

"If I become Prime Minister Israel will have a friend who will never turn his back on Israel" (David Cameron)
means
"Keep the money rolling in and we won't mention the war crimes."
Posted by Jemmy Hope at 11:01 am No comments:

' ... what, after all, is "civilisation" but the superstitions that make you comfortable?' Todd McEwen, reviewing Wu Ming's "Manituana" in the Guardian.
Christopher Tayler interviews the Wu Ming crew in the same paper.
Posted by Jemmy Hope at 9:19 pm No comments:

Surely a grovelling apology is called for. The Sun, making hay over the Janes/James ricket made by Gordon Brown, referred to the dead soldier's mother as "Jacqui Jones".
They've since changed the spelling on their website, but the original was already taken hostage and preserved as evidence of the Sun's inability to give a shit about the people it claims to speak for.
Still I suppose that, as the woman has sold her soul to Murdoch's mudslingers, she'll find it in her heart to forgive them. She'd better, or she'll get the treatment.

I learned of this gaffe from a comment by Matthew Stiles on Obsolete's blog.
Posted by Jemmy Hope at 7:48 pm No comments:

A super-rich rogue trader by the name of Lloyd Blankfine claims that he and his firm, Goldman Sachs, are doing God's work. This probably means that he believes himself to be the deity.
This joker's name and his calling on God for back-up make it clear that he's a septic tank. Had he been British he'd have said something like, "I'm rich, up yours!" Less hypocritical but equally obnoxious.
Posted by Jemmy Hope at 4:04 pm No comments:

Today was a first for me. I walked the streets carrying an umbrella. I didn't change sex and I didn't start pronouncing my aitches. Still I probably won't repeat the experience, as I got pissing wet through anyway. It was a cheap effort from a pound shop.
Some of these cultural hangovers seem quite comical nowadays, even to me, reluctant as I am to discard them. When I was growing up only women and middle class males carried and used umbrellas. The same with drinking out of half-pint glasses. Men drank pints, men got soaked (outside and in, as they used to say).
I'd call it negative machismo - not trying to look like the cock of the walk, but just avoiding suspicious glances and deprecating remarks from peers.

By the way, that word 'machismo' - I consider it a middle class marker when somebody pronounces it 'm'kizmo'. How daft that sounds.

By the way, no.2; walking round town I counted eight poppy wearers out of hundreds. Only one of these looked under sixty.
Posted by Jemmy Hope at 7:53 pm No comments: