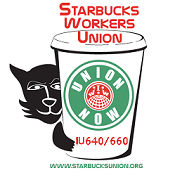 Posted by Jemmy Hope at 2:35 pm No comments:

The Americans are looking for a strong man to take over in Iraq. It seems democracy has dropped down the list of priorities. Isn't the answer obvious? Reinstate Saddam. All he needs to do is drop that idea of trading oil in euros instead of dollars, and accept Israel's right to invade and occupy any Middle Eastern country at any time, and his differences with the Yanks disappear.
The practitioners of realpolitik are a forgiving bunch; how many former terrorists have ended up with the Nobel Peace Prize? Menachem Begin, Nelson Mandela, Seán MacBride; how long before bin Ladin's on his way to Oslo? Yesterday's evil dictator is today's valued ally; look at Pervez Musharraf; and the Gadaffi makeover continues. And vice versa, as the man himself can testify - one day blithely gassing Kurds and massacring Shi'ites with chemicals and weapons provided by the US and UK, the next standing accused of heinous crimes against those same Kurds and Shi'ites, by the US and the UK!
But all's not lost, the rehabilitation of the Red Knight may become necessary. Insh'allah, ya Saddam, insh'allah.

Wordwatch 3
Since the last tally: two icons, one iconic, two adjectival keys, one surreal. That last may have been acceptable use as it referred to Bing Crosby and David Bowie duetting on "The little Drummer Boy". Creepy, sinister, louche, disturbing; I'm sure there were more apt words.
Posted by Jemmy Hope at 2:07 pm No comments:

"...we once had a culture of our own and now it's just been subsumed by America. In 20 years' time we'll be little better than Hawaii, and why we're not admitted to the union I don't know because we're no longer our own country. We swallow hook, line and sinker everything from America. And we've become cheap and shoddy and we do nothing well. And abroad we are despised, and we deserve to be."
I have to agree with that. What annoys me most is that while this ethnocide is going on right-wing propagandists are howling about how Europe is destroying our culture. Their American paymaster, Murdoch, is well served.
Posted by Jemmy Hope at 2:10 pm No comments:

I see that the masked media tart is now claiming to represent all of Islam in Europe. Aren't the faithful getting a little embarrassed by this woman?

Wordwatch 2
Since the last tally I've collected two icons (BBC News, Hull DailyMail), one bling (Channel 4 News, what a let-down!), and one surreal (Guardian). I've also encountered a strange new adjective, milky. What the hell is that? It was used by a commentator to describe a football team's performance, (honestly!), and by a reviewer describing a singer's voice. In the former context it seemed to convey a negative verdict; in the latter context, I've no idea what was meant. Maybe it can be used when you don't want to give anything away. "How are things in Iraq, Mr. Blair?" "Oh, you know, milky." I recommend it to Government speechwriters and spin doctors.
Posted by Jemmy Hope at 7:33 pm No comments:

Lesson Learned.
The first line of the entry becomes the title. Ah-ha! So let's make it official, bold type and all.

"Nickeled and Dimed" to the Limit.
News of an encouraging development.
by Liza Featherstone, Nation Contributing Editor October 17, 2006 http://www.thenation.com/blogs/notion?pid=130472
Yesterday, more than 200 Wal-Mart workers held a demonstration in front of a Wal-Mart store in Hialeah Gardens, Florida. In the first significant protest ever organized by Wal-Mart employees in the United States, workers objected to managers cutting their hours, and to the company's insistence on employees' "open availability," as well as to a new, more stringent attendance policy. It's courageous of these workers, who are part of a Florida group called "Associates at Wal-Mart," to speak out publicly and demand better treatment. Let's hope their protest is a turning point in the fight for workers' rights atWal-Mart, and that more workers will be emboldened by the Florida workers' example and begin to organize.Too much of the debate over Wal-Mart takes place without the perspective of the true experts -- the workers themselves.

Wordwatch.
Words used by TV presenters that set my teeth on edge:
icon, iconic, surreal, quirky, feisty, key, cool, bling, chav. I may boil over occasionally about use of such. Yesterday's count - one apiece of icon, iconic, surreal. Also on the list, "key" as an adjective, but detached from a noun, as in "it's key". Is it really, Prat? I give up on "guys"; no middle-class twit can open their mouth without uttering it. It's shorthand for "I'm a middle-class twit, and I'm about to talk shite at you."

Namewatch.
I shall also be collecting silly name spellings, Lezli for Lesley, that sort of thing. "His name was Rick but he spelt it Ryque. I decided he was a pryque." (Bob Monkhouse).
Posted by Jemmy Hope at 3:32 pm No comments:

First entry. How long before I tire of talking to myself? One person in three with access to the internet keeps a weblog, so they say. But who reads all this output?

My native city has just been labelled the "stupidest" town in Britain. Apparently this conclusion is based on school exam results and academic qualifications obtained by the people of Hull. Well here's a couple of possible reasons why we fare badly on this particular scale:
1. We don't lie and bullshit about our qualifications like the majority of the population.
2. We don't suffer from "diploma disease". We don't seek the approval of the guardians of the nation's academic standards, perhaps (certainly, in my case) because we think those standards are so debased as to be worthless.

Change of subject - the veiled teacher. Well why not, everyone else has had their say?
It turns out that when this woman attended her job interview she was not wearing the veil she cannot leave home without. Do I detect a little money-making scheme here, a compensation award from an employment tribunal? There is another interpretation, one to which I'm inclined: in spite of her much vaunted modesty this woman is a publicity hound, a self-advertiser. If I'm right on this the final act will be her unveiling in the tabloid press in return for a substantial sum.
I'm sure that no Wahhabi fanatic is convinced of her sincerity. I can imagine them watching the telly and screaming, "Look at this harlot! She expresses her worthless opinions to an infidel male before the whole world. She goes out to work! She should be beaten with a stick no thicker than my thumb. No! We must stone her to death."
Posted by Jemmy Hope at 7:45 pm No comments: