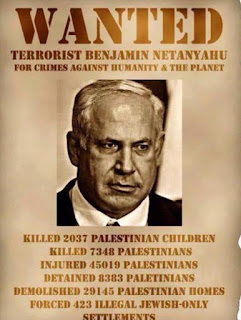 A couple of weeks ago an online petition was started demanding the arrest of the war criminal Netanyahu when he visits the UK in September. The petition is here.
The UK government is required to acknowledge and respond to such petitions once 10,000 signatures have been collected. It finally responded to this petition after it had garnered more than 60,000 signatures. The response is below.
Although the government has refused to take the action demanded by its signatories, those in agreement should, in my opinion continue to add their signatures as the UK Parliament must discuss the petition once 100,000 signatures have been added.

Here is the government's reply -


The British Government has invited Prime Minister Benjamin Netanyahu, as head of the Israeli Government, to visit the UK in September. Under UK and international law, certain holders of high-ranking office in a State, including Heads of State, Heads of Government and Ministers for Foreign Affairs are entitled to immunity, which includes inviolability and complete immunity from criminal jurisdiction.
We recognise that the conflict in Gaza last year took a terrible toll. As the Prime Minister said, we were all deeply saddened by the violence and the UK has been at the forefront of international reconstruction efforts. However the Prime Minister was clear on the UK’s recognition of Israel’s right to take proportionate action to defend itself, within the boundaries of international humanitarian law. We condemn the terrorist tactics of Hamas who fired rockets on Israel, built extensive tunnels to kidnap and murder, and repeatedly refused to accept ceasefires. Israel, like any state, has the right to ensure its own security, as its citizens also have the right to live without fear of attack.
The UK consistently urged Israel to do everything possible to avoid civilian casualties, to exercise restraint, and to help find ways to bring the situation to an end. The UK continues to urge the parties to give priority to reaching a durable solution for Gaza which addresses the underlying drivers of conflict, and to take the necessary practical steps to ensure Gaza’s reconstruction and economic recovery.
We welcome the fact that Israel is conducting internal investigations into specific incidents during Operation Protective Edge. Where there is evidence of wrongdoing those responsible must be held accountable whatever their position in society. Both parties must also demonstrate robust and credible internal investigations which are in line with international standards. We have also encouraged the Israeli authorities, as we do all countries, to cooperate with the independent Prosecutor of the International Criminal Court (ICC) regarding the preliminary examination into the situation in the Occupied Palestinian Territories since 13 June, 2014, whilst noting that Israel is not a State Party to the ICC.
The UK is a close friend of Israel and we enjoy an excellent bilateral relationship, built on decades of cooperation between our two countries across a range of fields. Our priority for the Israeli-Palestinian conflict remains the achievement of a two-state solution, based on 1967 borders. We continue to believe that negotiations will be necessary in order to achieve this, and that both parties need to focus on steps that are conducive to peace. The UK Government will reinforce this message to Mr Netanyahu during his visit.

This reply contains misleading statements and misinformation that cannot remain unquestioned. It is nothing more than an effort to dampen down the protests against the war crimes and atrocities committed by the UK's ally, Israel.

Examples -
"Israel, like any state, has the right to ensure its own security"
No one disputes that right, but it is obvious that Israel is using this as an excuse to commit genocide against the Palestinian people. Our government is colluding in this crime against humanity by making statements like the following
"We condemn the terrorist tactics of Hamas who fired rockets on Israel, built extensive tunnels to kidnap and murder, and repeatedly refused to accept ceasefires."
Hamas only fired rockets into Israeli territory after rockets were fired into Gaza, an act of provocation to create an excuse for the onslaught that followed. The tunnels were built primarily to break the blockade on essential goods whose entry into Gaza was prevented by the Israeli military. When the Israeli invasion and killing began the tunnels were used by militias resisting the invasion. Had the Israelis not lain siege to Gaza the tunnels would not have been built. Had the Israelis not invaded Gaza their use by the defenders would not have occurred.
Note that our government "condemned" the resistance by "Hamas" (ignoring the fact that other fighters resisted the invaders), but is only "saddened" by the slaughter of over 2,000 Gazans, including hundreds of children. No condemnation needed for non-Israeli deaths. What hypocrisy!
"the UK has been at the forefront of international reconstruction efforts."
Is that so? More information please. The results of your efforts in this area are obvious to no-one. You do know that the Israelis will not allow construction materials into Gaza. There is no international reconstruction in Gaza. If you really cared you would bother to find that out for your selves.
If, as is clear, Netanyahu has immunity from arrest, then correct action would be to disinvite the monster, and to shun a militaristic entity hell-bent on the commission of genocide. Those who have signed the existing petition should prepare a second that will inform the government of our wish to have no truck with the mass murderer Netanyahu.

Posted by Jemmy Hope at 4:18 pm No comments: 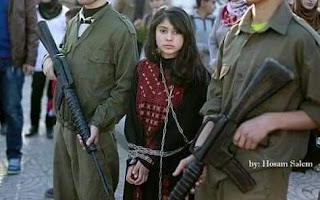 Posted by Jemmy Hope at 8:07 pm No comments:

Nearly two months without a post. I must revive this sleeping pygmy.
Posted by Jemmy Hope at 12:37 pm No comments: