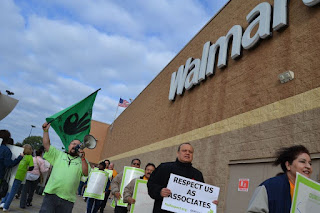 Off topic, but did you see this?

This does not look good for Armstrong.

I saw an interview with L.A.'s masseuse today. She said "Lance is not a victim. He'll be fine." There could be something in that. He's been stripped of his "palmarés" which must hurt, but otherwise not much. Banned from a sport he has given up on, I suppose that prevents him from participating in other ways; coach, commentator. But his notoriety can be what we Brits call "a nice little earner". He'll continue to protest his innocence, will probably write a book blowing the whistle on other cheats (I hope so), and appear on talk shows. Nike, they say, is not cancelling his contract with them. I think he should say, "If I didn't win those races, who did? How many of those riders who came second to me were doping?"
Who will be able to answer that?

According to his friend Hincapie, Armstrong's doping (and his own) began as a result of the widespread use by his fellow cyclists (who were beating them)...way back in the 90's.

The whole story is kind of sordid. It seems like the sport has had some real problems with this for a long time.

True, but so have all sports. Men (I don't know about the female riders) who spend day after long day in the saddle, are bound to take in more of the performance-enhancing or pain-killing stuff than people whose exertions last maybe ninety minutes, or, in some cases, seconds. So the risk of being caught is going to be greater. I think that the fact is that a race like the Tour de France is going to cause people to ask, "How do they do it?" and look for the banned substances, which are there after all. But they're there in football, in athletics, everywhere.


"The time has come for professional cycling to acknowledge reality: cyclists use drugs. Perhaps the best approach is simply to let them. That way everyone can, for the first time in years, compete at the same level."

Agree, but with safeguards. Some sort of regulatory and monitoring system would have to be in place, if only for the riders' health and safety. I don't know how, or even, if, it could be done, but some sort of trial might be undertaken on a selected event (or events).
We had a notorious incident of a British rider, Tommy Simpson, literally riding himself to death while fuelled up on amphetamines. That sort of thing might happen again in an unregulated situation.